When I lived in NY I had a French roommate with a beautiful accent.
One day he came up to me and said, Hadar I’m really angry!
After providing a few lame excuses of why the dishes are still in the sink, he’d laugh and say – no, not ANGRY, HUNGRY! Let’s get something to eat. Of course, it still sounded the same to me.

Why do the words ‘angry’ and hungry’ sound similar sometimes?
And did you know that there’s a new word in English – ‘Hangry’?
Care to know what it means?

Watch today’s video: The Angry, the Hungry and the Hangry

Hi, it’s Hadar and this is the Accent’s Way, your way to finding clarity, confidence, and freedom in English. Let’s talk about the two words: angry and hungry. Angry and hungry. I often hear my students confuse these two words. So let’s break down the differences between those two.

Now, did you know that there was a new word in American English, and it is “hangry”? Hangry. It’s actually a combination of the two words: angry and hungry. And do you know what it means? I bet you do, because it’s a very valid feeling that you feel when you’re angry because you’re hungry. And that’s what I feel right now. So, I’m going to go and eat something, and you are going to subscribe to my YouTube channel in the meantime. And that’s it.

Thank you for watching. I will see you next week in the next video. Bye.

Thank you for watching. If you think any of your friends is going to benefit from this, please share it with them!

Before you go I have a couple of questions for you:

What’s your biggest frustration with your accent and/or with English?
What’s the one thing about Accent training you haven’t been able to find
information about?

I’d love to hear from you! Please let me know by email, or as a comment below the video.

Next week we’re going to talk about the word…’mirror’!
And I have to tell you, it’s much easier than you think.

See you next week, 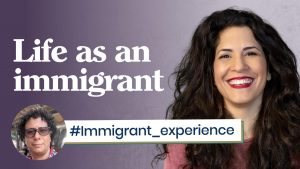 Battling Discrimination and Discovering Self-Worth in a New Country 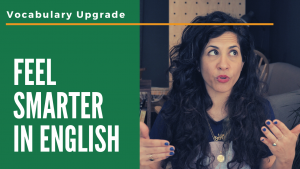 How To Sound Smart In English: Upgrade Your Vocabulary With This #1 Method 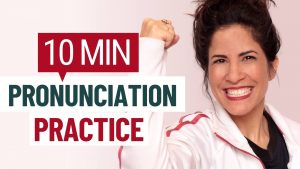 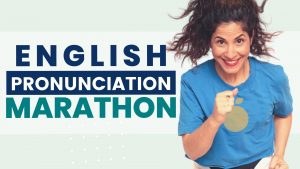 Improve Your Pronunciation in 14 Days | How To Pronounce Marathon?