In this episode, you’ll learn 10 of the most common pronunciation challenges Korean speakers face when speaking English. You’ll also learn how to pronounce the sounds, and how to practice your American accent effectively.

Mispronunciations happen when a sound in the target language, in this case, English, doesn’t exist in the speaker’s native tongue (Korean). When this happens, speakers tend to pronounce a different (but somewhat similar) sound that does exist in their language.

Scroll down to read about each challenge and download the FREE English Pronunciation guide for Korean Speakers:

The InFluency Podcast
52. English for Korean Speakers: How to Overcome Your BIGGEST Pronunciation Challenges ?

and Start Transforming Your Pronunciation with Wordlists and Audio
Get it

Challenge #1: Confusing between L and R

Unlike in English, that has L and R, in Korean there is only an L sound. The L sound in Korean can be pronounced in two ways:

Light tap /ɾ/, like the short R in Spanish (‘pero’) or the flap T in American English (‘better’)

The light tap is often perceived as an R by other speakers, and this is why it seems like the R’s and L’s are confused (even though it’s not the English R).

When Korean speakers hear the R in English, they often categorize it as L, which makes it really hard for them to distinguish between the two.

This may lead to the following patterns when Korean speakers switch to English:

For words that have an R (like ‘hurry’), this doesn’t pose a challenge because people are used to associate the tap sound with R. However, if the L is replaced with a tap, it may affect the clarity of the speaker as it will be perceived as R. For example, ‘belly’ may sound like ‘berry’ with a foreign accent. Sometimes it might even be perceived as a flap T – so ‘belly’ would sound like ‘Betty’ (to American English speakers).

Challenge #2: Replacing V with B, and F with P

Challenge #3: Adding a vowel at the end of syllables

In Korean only certain sounds can appear at the end of syllables. These sounds are the nasal sounds M/N/NG, the L sound, and P/T/K.

Korean speakers tend to unconsciously follow this rule in English and add a vowel in order to avoid such endings. For example, a word like ‘bus’ might be pronounced as ba-su.

Challenge #4: Devoicing of B/D/G at the end of syllables

B/D/G can’t appear at the end of syllables, unlike their voiceless counterparts – P/T/K. When a word in English ends in one of those sounds (B/D/G), Korean speakers might add a vowel to “solve” this, as mentioned in #3, but another way they can use is changing the voiced B/D/G into a voiceless sound – P/T/K. For example,  a word like ‘lab’ might be pronounced like ‘lap’.

In Korean, there are no consonant clusters (a group of consonants without an intervening vowel) at the end of syllables, while at the beginning of syllables there can only be 2 consonants in a row, but only if the second consonant is a Y or W sound.

Therefore, Korean speakers tend to break clusters in English words in one of two ways, either by adding a vowel between them, or by dropping one or more consonants. For example, a word like ‘school’ might be pronounced as su-kul, and a word like ‘second’ might sound like ‘se-kon’.

Korean speakers tend to emphasize each syllable the same, whereas in English some syllables stick out more than others. Using the Korean stress patterns in English might make Korean speakers sound unclear when speaking English. This is especially true with words that have more than one syllable, or with words where a change in stress leads to a change in meaning, like ‘present’ (noun) vs. ‘present’ (verb).

In Korean there is no distinction between S and SH as in English. The SH sound exists only as a form of S before the front high vowel /i/ and Korean speakers don’t perceive it as SH. In other positions, it stays an S. This leads to two challenges when speaking English.

Korean doesn’t distinguish between vowel pairs such as /u/-/ʊ/, as in ‘pool’ and ‘pull’, and /i/-/ɪ/, as in ‘sheep’ and ‘ship’. For that reason, Korean speakers tend to merge them into the closest vowels they have in the language – /i/ and /u/. A similar merge happens with the /ae/ as in ‘cat’ because it doesn’t exist in Korean so Korean speakers tend to change it into an E sound. For example, a word like ‘pat’ might sound like ‘pet’.

The Z sound doesn’t exist in Korean. Korean speakers tend to replace it with a sound similar to CH as in ‘child’, or sometimes DJ as in ‘judge’. For example, the word ‘doesn’t’ might sound like ‘doe-chn’t’. 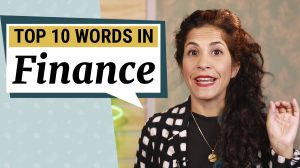 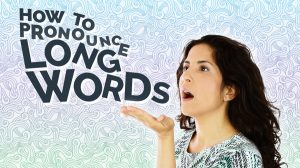 How to pronounce long words in English 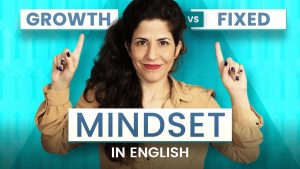 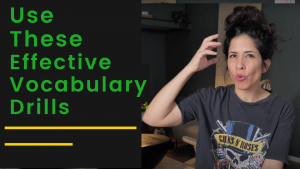