How to Pronounce Southern? (and why is it different than ‘south’)

It really feels like English is testing us sometimes. Why on earth is the “south” in “southern” pronounced differently from the word “south”? Seriously, haven’t we suffered enough?

In this episode, I’ll tell you all you need to know about these two words and by the end of it, you’ll know how to pronounce them correctly.

Hey there. It’s Hadar. Thank you so much for joining me. And today we are going to talk about the two words: ‘South’ versus ‘Southern’. How to pronounce them, and what are the common mistakes that people make when pronouncing those two words.

A common confusion is when people try to overcompensate for the TH or overpronounce it, and then they may pronounce a TH instead of an S unintentionally – “thauth” “thauth”. Or put an S instead of the final TH –  “saus” “saus”. Or “saut” – just a T, or an F -“sauf”. All the possible substitutions for the TH sound. So make sure you stick the tongue out for the TH – “sauth”, th-th-th and release air.

Now, the word ‘Southern’ is obviously derived from the word ‘South’, but it doesn’t sound like it, okay. So it is not, and I repeat, it is not “sauθern”, it’s a different word. The only similar thing we have here is the S at the beginning, ‘s’. Other than that, everything is different.

So practice each word quite a few times until you kind of like overcome the pronunciation challenges and you pronounce those two words smoothly. And then create two sentences, one for each word, and put them in the comments below.

And right after that, think of other confusing words and share them with us as well. And maybe I’ll make a video about them – how to pronounce your challenging word.

Okay. That’s it. Thank you so much for watching. If you liked this video, don’t forget to like it and to subscribe, if you haven’t yet. And right after that, come on over to my website and check it out because there’s a lot of great and free stuff for waiting for you there to download and to improve your fluency, and confidence, and pronunciation in English.

Have a beautiful week and I will see you in the next video. Bye.

The InFluency Podcast
28. How to Pronounce Southern? (and why it sounds nothing like ‘south’) 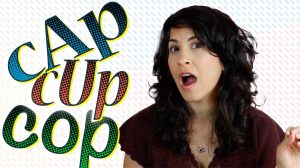 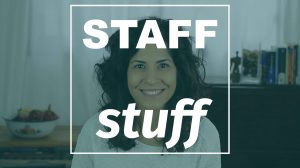 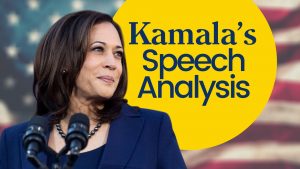 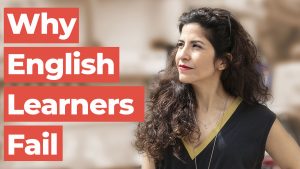