How to Pronounce Entrepreneur

What’s the most difficult thing about English?

I’m sure there are many different answers to this question. But one of the things I hear most that makes English incredibly confusing, is the fact that it is not a phonetic language. That means spelling and pronunciation DO NOT CORRESPOND!

Yeah sure, there are some patterns, but basically it is pretty inconsistent throughout. We simply cannot tell how a word should sound just by looking at the spelling.

And this is where I come in.
Every now and then I’ll be sending you “How-to-pronounce” videos with short tutorials on complicated or confusing words. Words I find problematic for non-native speakers to pronounce, or words you requested.

And today’s word is – Entrepreneur.
The word entrepreneur is derived from French, and so is the spelling. Luckily, there are only American sounds here. 🙂

Here’s your chance to finally say it perfectly! As you’ll find out, it’s much easier than it seems…

Today we’re going to discuss the word ‘entrepreneur’. Now, I know that probably a lot of you watching this are entrepreneurs, so let’s figure out, once and for all, how to pronounce this word. And when you introduce yourself you’ll proudly say, “I’m an entrepreneur.” yes!

Okay, so actually this word is complicated because of the spelling, and it’s a long word. Now, this word originates in French and therefore you can find there’s French spelling patterns, but the sounds are still American. So they don’t really correspond.

Now, I think I’ve mentioned that before, that spelling and pronunciation do not correspond in English. So, in order to learn how to practice this word we’re going to disregard the spelling completely and just go over it sound by sound and syllable by syllable.

We’re going to practice today the the first option because it’s a little easier to pronounce, and it doesn’t matter which one you use actually. So, we’re going to try the ‘nur’. So practice it with me – “nur” “nur”. So you see, from the N, I shift directly to the R. My tongue pulls back to the R. My lips round as I pronounce the N – “nur” – getting ready for the R – “nur”. Okay? So there is actually no vowel between the N and the R – “nur”. So let’s start again, “aan-tr’-pr’-nur”. Okay, so basically these are four pretty simple syllables to pronounce.

There is a secondary stress at the beginning- “aan”. Then in the middle, we have two weak stresses. So actually, the music is something like ta-da-da-DAH, ta-da-da-DAH. Entrepreneur. Entrepreneur. Okay? So, when you think about it that’s not a difficult word to pronounce, if you disregard the spelling and think of it like this. Entrepreneur. And then you can proudly say, “I’m an entrepreneur.”

The InFluency Podcast
111. How to pronounce ‘entrepreneur’

And now, let me know what other words are super confusing to you –
post your words as a comment below! 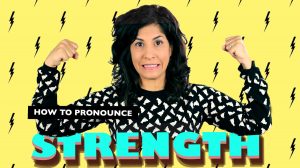 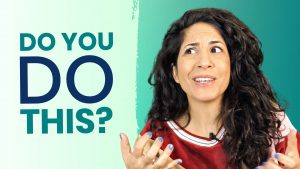 Go from EXHAUSTED to EFFORTLESS when speaking English 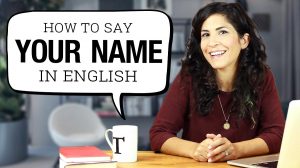 Say your name in English [Mini-Training] 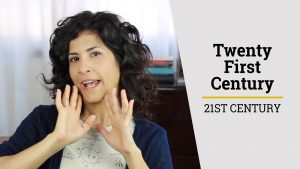