I got tired of writing down the SAME old words every time I work with Techsters on their pitch.

So I decided to take those words and throw a tech party. This time I even included a pronunciation cheat-sheet and audio practice for download!

Hey guys! It’s Hadar. And this is the Accent’s Way.

So, let’s get started.

Here the T is a flat T. And the flat T sounds just like a D in the middle of the word between two vowels. So, actually you have two sounds here that sound exactly the same. Listen… E-d’-d’r. The I is a schwa, the O is a schwa. So both of them are reduced and they sound the same. Listen: E-d’-d’r, not e-di-tor. Editor. Primary stress on the first syllable. This is where you go high in pitch. Editor.

Aa-d’-may-sh’n. I think the most important feature here is the flat T cause there is no D. It actually sounds like a D. Aa-d’-. Not aa-to-may-sh’n, but aa-d’-may. Primary stress aa-d’may-sh’n, sh’n at the end. Automation.

Ugh, who invented this word? It is so difficult. Start with fai-y – you have a ‘y’ sound there – Fai-y-r. And then the trick here is to shift from the R to the W. What’s the difference? For the R the tongue is up fay-y’r and for the “waal” your lips are rounded but the tongue is down.

Two things you wanna remember about this one: it’s a set phrase, so the first word is going to be a little higher in pitch and slower. Hard-wer. Saa-ft-wer. The second part is not reduced. It’s not hard-were like “we were working”, but where, as in “where are you?” Hard-wer. So you need to slow it down here a little bit. Again, not hard-were and saaft-wer. Take your time, stretch the words, open your mouth.

Lots of R’s. Start with the nice strong R, round your lips: fray, /ei/ as in day – fraym-w’rk. Here you have no O, so it’s not w’ork – ‘work’. Round your lips for the W, then pull the tongue in immediately for an R – w’rk. It’s a set phrase, like ‘high school’. ‘Frame’ is going to be a little higher in pitch – Fraym-w’rk. Framework.

Infrastructure. So before saying this word just take a deep breath. Infrastructure. Primary stress is on the first syllable and then a lot of reduced syllables. In-fr’-struk-ch’r. In-fr’-stuck-ch’r.

That’s it, guys. Thank you for watching.

Now, how should you remember all that? For that I prepared a pronunciation cheat-sheet and audio recording. So go to my website and download those two so you can practice it every day until you say these words perfectly.

Also, I have another video of top ten words for tech professionals. So, subscribe to my channel to get notified when I release this video.

Thank you for watching. Have a great week and I’ll see you next week in the next video. Bye.

The InFluency Podcast
95. The Most Mispronounced Words in Tech - Part 1

Get FREE Pronunciation cheat-sheet and audioGet it 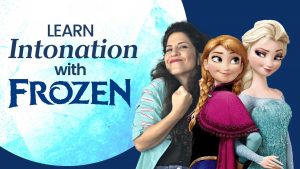 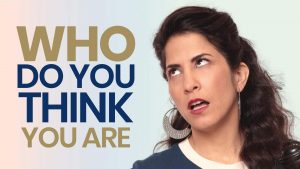 What To Do When Someone Criticizes Your English😖 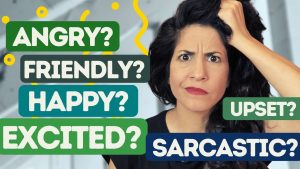 Do you sound FRIENDLY in English? 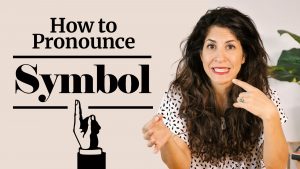 How to Pronounce ‘Symbol’ in English