How to say COFFEE and CAFE

Whenever I go abroad, the first thing I have to do is to sit in a cafe (of course it has to be as local as possible) and get myself a nice cup of Joe.
That way I get to observe all the locals and pretend I’m one of them.
Too bad I just stopped drinking coffee.

Hey guys, it’s Hadar.
Today we’re gonna talk about the words “Coffee” and “Café”. Two of my favorite concepts in this world, coffee and café.

The idea for this video came from Dimitri. I was setting on a café this morning, and I was trying to come up with ideas for today’s shoot, and I went completely blank I couldn’t think of a good word to practice.

So I went on my Facebook page and asked the people for recommendations for a video, and Dimitri said that since you’re sitting at a café drinking coffee, it’s only a natural choice to make a video about this. So, Dimitri, you’re absolutely right, and here we go.

Now, the word “Coffee”, starts with a “K” sound and then the “O” that is usually associated with this neutral “O” sound by none native speakers, is pronounced as “A”. It’s actually the “A” as in father.

Ok, so to make this sound, you wanna drop your jaw and relax lips, pull your tongue back a bit create a lot of space inside your mouth – ‘kaa’. Coffee. Coffee.

One more thing, the “k” sound at the beginning of words before a vowel, since it’s a stop sound that is voiceless, is aspirated, so it feels like there is a little H after. Coffee. Coffee.

Now, some speakers may pronounce it with a more rounded sound – ‘Coffee’, ‘kaw’. Ok, so you see that I rounded my lips just a bit. But what I usually tell my students is that, try to make a pure “A” as in father sound if your immediate intention is to make a neutral “O” sound.

And the result is probably gonna be something between an “A” and an “O” because we kind of merge the two sounds and then the result would be a perfect “A” as in daughter, right? Coffee. Coffee.

Now the word “café” has a very unique rhythm and this what I want to you to focus on when pronouncing this word. Café. This word is very common and exists in many languages. Usually pronounced with a neutral “a” and “e”, “café”.

But in American English, the beginning syllable is an “A” as in cat, so you wanna take the time and drop your jaw a lot when you’re making it. “Ca” as in cat – ‘kæ-‘. The second syllable is “ei” as in “day”, it’s not a pure “e” sound – ‘kafeh’.
No, actually in English you don’t have words that end with this pure “e” sound. It has to close into this nice diphthong “ei” as in “Day”. Café. Café.

Now, to be able to make those two sounds you have to stretch the syllables a little more than you’re used to ’cause if you’re trying to fit it into the rhythm of the word the way you say it in your own language, let’s assume that you’re saying something like “café”. I’m talking about most Latin languages, like French, Italian, Spanish, and Portuguese.

So, if you try to fit it into the rhythm of the neutral pronunciation – “a” “e”, then, you’ll never be able to make the actual sound ’cause you have to open your mouth wide and to make a long diphthong at the end.

“Let’s go to to a café and get some coffee”. Café. Coffee.

Ok, good. I really like this video. So, go get some coffee and practice these two words with your friends and your family, and your kids, if you have kids.

And don’t forget to subscribe to my YouTube channel as you’re practicing. Thank you for watching, and I will see you next week in the next video. Bye.

Coffee, can I get some coffee, please?

The InFluency Podcast
117. How to pronounce Cafe vs. Coffee 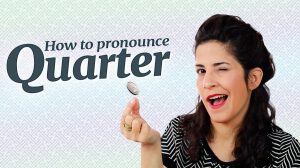 How to pronounce ‘Quarter’ 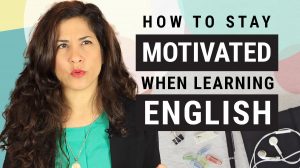 How to stay MOTIVATED when learning ENGLISH | 5 ground rules 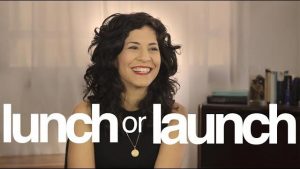 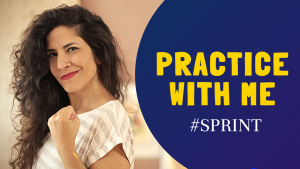