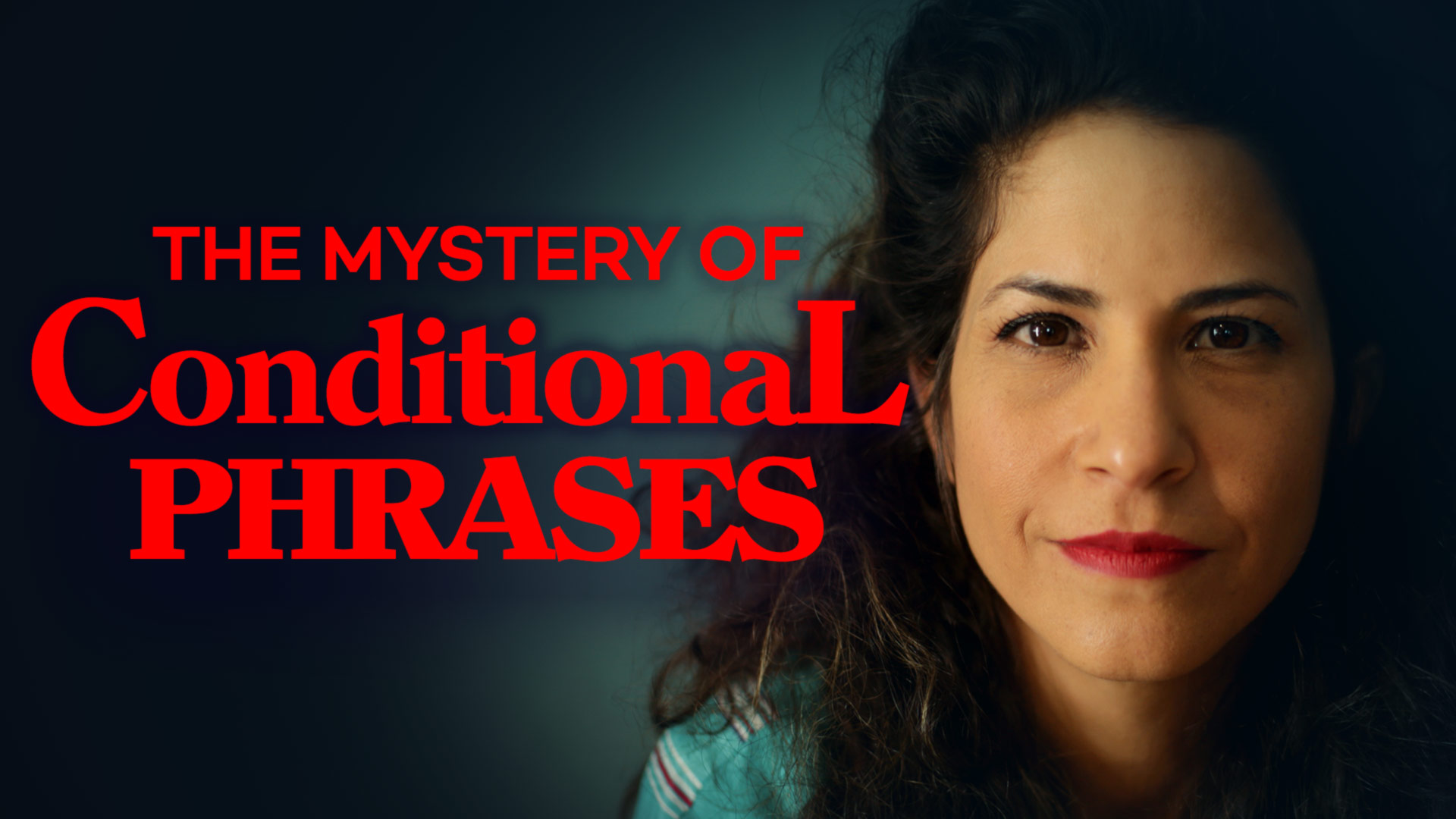 The STRANGEST and Most EFFECTIVE Way to Learn CONDITIONAL SENTENCES

Have you been struggling with conditional sentences? ME TOO! ?‍♀️
Conditional 0, conditional 1, 2 and 3. Mixed conditionals, confusing conditionals. So many options, and most of them don’t make any sense! ?

Well, in this video I explain conditionals in a new way, and while it may not be conventional… it might finally make sense.
(In a strange way. But hey, there are stranger things than that.)

I’ll discuss the 3 main conditionals in English and share with you my method to practice them so you can use conditionals without second-guessing yourself.

The main idea here is repetition. When we repeat things, they stick, and they become a habit.

Hey everyone. It’s Hadar. Thank you so much for joining me. Today we are going to talk about something painful, but I have a remedy for you. And that’s something is conditional phrases.

Now, listen, it might not be painful for you, but it has been for me for many years. Because for many years I would translate the way we say conditional phrases in Hebrew. And I would always say ‘if I will’, and ‘if I would’. ‘If I’ll go there’, ‘if I’d see her’. And then, and then that voice of my third-grade teacher would come up:  “No, no, no, no. You’re not supposed to… use the future form after ‘if’”. And I was like, “So what am I supposed to say? ‘If I had been’, in the past? How does that even make sense?”

So I had to develop a system to make sense of the first three conditionals, which is what we’re going to talk about today. So I’m going to share with you my weird system to figure out the difference between conditional one, conditional two, and conditional three. But that’s not it. Because if you stay with me until the end, I will share with you my pronunciation confidence method to start using it spontaneously and confidently without doing a lot of mind work, right, like without always trying to figure out how to use things.

Because these exercises that I’m going to share with you later – you can call it a conditional sprint – will help you to understand it not only on an analytical level, but also to feel it and to get it in the subconscious level, through repetition in certain context.

But, wait a minute, if you’re new to my channel, then welcome, my friend. I am so happy that you’re here. And let me introduce myself. My name is Hadar. I’m a non native speaker of English, and I am here to help you feel confident, clear, and proud when speaking English. And I’m here to make sure that it’s fun throughout the entire process. Okay?

So, you can click the link in the description to find out more about me, to connect with me on Instagram right here. And you can download a lot of resources on my website for free to help you get started on your journey. Okay, so now, let’s talk conditionals.

So, to me, that is the 20%. And if you have been here for a while, you know that I’m a fan of the Pareto principle – invest the 20% to get 80% of the results. Okay? Once you do that, you’ll gain the confidence, you’ll build your self-esteem, and that will allow you to explore more and to recognize how things are a little more flexible than they should be.

But don’t start with all the possibilities at the beginning, because it’s just going to confuse you. And confusion creates overwhelm, and overwhelm gets you to quit and to just not use conditionals. So, you might want to say something and then you’d be like, “No, I, I’m just not going to say it because I don’t know how to say it”, which is a big no-no. We don’t let that happen in our world. Okay? So, conditionals one, two, and three.

Conditional one is the basic one. When we think of a condition, we think about that. We need something to happen for something else to happen. Right? Something happens, and then the result is going to be in the future, and something will happen in response. Right? So, it’s kind of like a chain of events.

And one of the common challenges here is that people want to say ‘if I’ll go’, ‘if I’ll go’. So this is why at the end I’m going to share with you the drills to get you used to saying it a different way, a new way. You’ll just have to like, it’s a habit, that’s all there is to it. Okay. It’s not something that you need to fix inside your head, it’s not that you don’t get conditionals, it’s just the habit.

You’ve been used to saying things in a certain way because you’ve translated it in the past from the way you say it in your native language. Right? So now we’re going to flip it around so you get used to it, but I need you to understand that conditional number one is an action that you take in the present that will result in something in the future. This is why we use present and simple future – ‘will’. That’s it. Okay? Good. That is conditional number one. Practice after.

And then, because it’s another dimension, we need to use weird tenses. And then we need to use the past after ‘if’, right. ‘If I won the lottery’, ‘if I won the lottery’ – and you’re like, “Why pass? Like, that didn’t happen in the past, we’re talking about the future.” Yes. But it’s the second dimension. Right? And therefore, the tenses are all messed up here. This is why we use the past.

‘If I won the lottery’ – and the result would be not ‘will’, cause that’s like the reality of you and me right here right now – than it would be ‘would’. Weird tenses, unexpected tenses. Right? Do not translate it from your native language because conditionals in English are very unique. And it’s kind of like we use these different tenses to show the complexity of the human thought.

I think it’s beautiful. And, and I think if you think about it in a positive way, in this interesting, you know, expressive way, it makes it a whole lot easier. So you don’t feel like, you know, being just a prisoner of tenses, but you understand that we use tenses to explain these different thought layers. Right?

So, second dimension. ‘If we played chess, I would beat you’. That means ‘would win the game’. ‘We’d kick your ass’. ‘If we played chess, I would beat ya’. Now, it’s not possible. I’m here and you’re there, right behind the camera. So, it’s not possible for us to play chess, this is why I’m using the second dimension of conditionals. Like this layer of thought, not something practical.

Now, technically, physically it is possible. So it’s not something that is unlikely, against the law of nature to happen, right. This is why it’s like this thought level, or second dimension, as I mentioned quite a few times today. Right? But it’s just like the thought level. It is possible. It’s like science fiction. It’s possible, but very unlikely. Okay?

I’m not changing anything, I’m not recreating events in the past. So that’s the second conditional. Not four – second. I’ll just use one hand – second conditional. ‘If I won the lottery, I would travel the world’. ‘If we played chess, I would probably not win’. ‘If I asked you about it, what would you say?’ Okay? So, all of these things, they’re like the thought level of the conditional. That’s the second one. And that’s why we use weird tenses. I repeat ideas so it’s easier to understand.

So, let’s have a little recap here. Conditional number one: a reality as it is, right now – present that affects the future. Conditional number two: and that is like the thought level, the second dimension – possible, but no one really wants to see if it actually happens. Unless we’re talking about winning the lottery, because then everyone would be happy to see if it happens or not. But technically, it’s just like on a hypothetical conversational level. And this is why we use these weird tenses to describe it, like past and would. Right?

And now let’s talk about how to practice it. So, if you’ve known me for a while, you know that I love repetitions. Because the only way to change old habits – and grammar mistakes are usually just pronunciation habits – you need to have the clarity of what it is that you’re saying. And this is what we did up until now in this video. But the second thing you need is to create those new habits using the new structures. Okay?

So, what I’m going to do now is to take one idea of the first conditional and I’m going to repeat it, and I want you to repeat after me. And when I ask you to think of a different ending to the sentence, I want you to do it without thinking too much, right, using the sentence yourself. Because only when you use it yourself, you start connecting all the… making all those connections in your brain, and then you remember it. Okay? If it fires together, it wires together. Let’s begin.

Don’t underestimate the importance of repetition here. Don’t tell yourself, “Oh, I get it. I got it. That’s okay.” It’s the act of saying it that makes the difference. Trust me on this one.

Conditional number two. Let’s begin with the best one.

Okay. Good. Now, I have work for you. If you want to practice this with me, I created a list for you of drills, where I say the sentence and you need to repeat after me. So, there are a bunch of examples there of conditional one, two and three. So, you can download the PDF and the recording so you can practice with me if you want to build that pronunciation, confidence. You can do it. So, you can click the link below and download it so you can practice.

And finally, along with my weird explanations of how to think about these three conditionals, you’ll be able to use conditionals with confidence. That’s our goal. Okay.

Thank you so much for watching. If you liked this video, please, don’t forget to click ‘Like’ and share it with your friends or your students or your colleagues.

If you want to connect with me, like in a more personal way, come on over to Instagram. You can find me at @hadar.accentsway.

Have a beautiful week, and I’ll see you in the next video. Bye.

Past? Past? [with a British accent]. What am I, British now? Past?

The InFluency Podcast
84. The STRANGEST and Most EFFECTIVE Way to Learn CONDITIONAL SENTENCES

Get my FREE worksheet and practice the main three conditional structures in English!
Get it 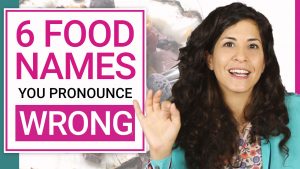 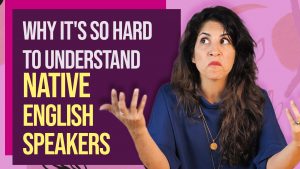 Why it is so hard to understand native English speakers 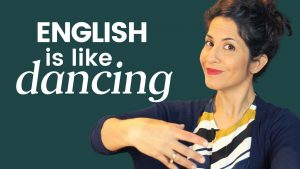 What I learned about English fluency from… DANCE CLASSES 💃🕺 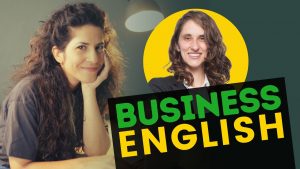