How to Pronounce Days of the Week

How old were you when you first learned the say the days of the week?
Who taught you?
Was it your parents? Your ESL teacher? Your favorite TV show?

Whoever it was, days of the week is one of the first things we learn in English.
And.. since these words are so so basic… have you ever considered the way you pronounce words like Sunday, Thursday or Saturday? Words that you use on a daily basis?

I invite you to watch today’s video and listen with fresh ears to how these words are pronounced.

Hey, it’s Hadar, and this is the Accent’s Way. Today, I’m gonna teach you how to say the Days of the Week.

So it’s pretty simple, they all end with ‘day’. To say the word day, you want to start with a D sound, and then it’s ei as in day. So if you don’t have the ei diphthong in your language, you’re probably pronouncing is as de, de. You have to reach an ‘I’ sound at the end – ‘dei’,and see that there is transitionfrom one sound to another.Dei.The day is always the unstressed part.So whatever comes first,the first syllable of thedays of the week, isalways higher in pitch.

So let’s start with Sunday. Sunday, you start with an S and then it’s a cup sound, cup. A cup is a stressed schwa. So you really don’t need to do anything to make the sound, just push the voice out and don’t open your mouth so much for it. Cup, suhn, suhn-dei, Sunday.

The next word is Monday. Although there is an O, it’s not an ow, Mownday, but muhn, like month. Like cup, like sun, a stressed schwa, a cup sound. The tongue is pushed forward, the lips are relaxed completely, don’t round them. Muhn, muhn, muhn-dei.

Then we have Tuesday, here just think of saying the word tu, tu. You can also say tyuwz-dei, but I recommend you say tu, tu. It’s more contemporary, tu. So it’s a tʰ sound, there is a small breath there, like an H because it’s an aspirated T at the beginning of words, that’s what happens. Tʰ, tʰ. And then it’s the ‘uw’ as in food. So there is transition there and then I close it with a round uw sound. Tuw, tuw. And then a Z sound. Tuwz, tuwz, dei. Tuesday, Tuesday.

Wednesday, Wednesday. It is not wed – ends – day, but ‘wen’, as in ‘when was the party?‘ A Z sound again, and dei. Wenz-dei. We, drop your jaw a little bit for the e sound, so it’s not super closed. We, we, wenz-dei. And make sure to go through the diphthong of the ‘ei’ as in day. Imagine like you have a little ‘yuh’ sound at the end. Wednesday.

Thursday is always a tricky word for non-native speakers because you have the TH sound and the R, and all of it in one word, Thursday. So start with the tongue out for the TH and then pull it in for an R, th’r, directly. It’s not there, it’s not thuwr, it’s a soft TH and then you pull it for an R and push your lips forward. Th’r, th’r. And then again a Z sound, and then the dei. Th’rz-dei.

By the way I have a video just about Tuesday versus Thursday if you’re getting these two confused, so you can check it out on the link below.

Friday, here it’s an F sound that is moving directly for an R. So my tip here would be to bring the tip of the tongue up for the R, ’er’, make sure the tongue is not touching anything and the lips are rounded. And then just pronounce the F sound for the R, ‘fr’. As your tongue is waiting there for the R, ‘fr’, ‘fr’, then drop your jaw quite open and then pronounce the ai as in my. Frai, frai, and again, finish it up with dei. Frai-dei, frai-dei.

That’s it, I hope this was helpful. Let me know in the comments below, what is the one day that you struggle with its pronunciation the most? And also tell me, what is your favorite day of the week? I really wanna know.

I’ll see you next week in the next video. Bye!

The InFluency Podcast
113. How to pronounce Days of the Week

Let me know in the comments below what day is the most difficult for you to pronounce! 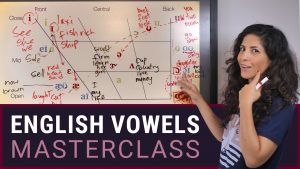 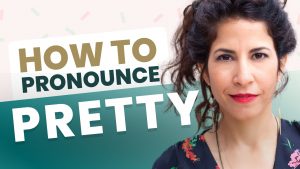 How to Pronounce Pretty 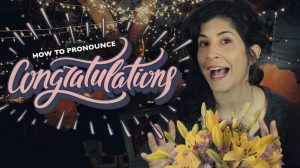 How to pronounce ‘Congratulations’ 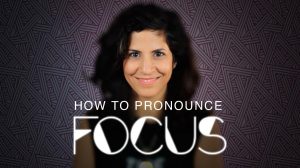 How to say ‘Focus’