?Sometimes it’s HARD to understand the lyrics of songs when you’re listening to it for the first time. There’s so much information coming your way – the melody, rhythm, stress and of course words.

Yet, I think it’s such a great tool to use when practicing English.

It strengthens not only our vocabulary but also our listening skills and pronunciation – especially when it comes to rhythm and connected speech.

In this episode I’ll use a huge hit by Lizzo, About Damn Time, and really break it down and explore the beat, the stress and reductions, and everything that makes this song so awesome.

Welcome to the InFluency Podcast. I’m Hadar. And this is episode number 218. And today we are going to analyze and practice a song by Lizzo called ‘About Damn Time’.

Hey, hey, everyone. Welcome to the InFluency Podcast. Very happy to have you here today with me. I’m doing something different today, and fun. I definitely enjoyed recording today’s episode and preparing for it, even though I think I had to try quite a few takes until I got this one right. And the reason why it was somewhat challenging is because I tried to follow Lizzo, the singer, the creator, on her new song ‘About Damn Time’.

And the first time I got acquainted to the song was on Instagram because it started trending. And I follow Lizzo on Instagram, I’m going to post the links below. And I love her songs, I love her personality, I love everything she represents. I love her style. And when I started seeing her post about this song, I was like, I’m going to pay attention to what’s happening here.

And what ended up happening is that a part of one of her recent songs became viral on TikTok and then later on Instagram. And people kept uploading more and more videos of them singing a small part of the song. So I listened to it and they loved the groove and I loved the energy and the vibe and the beat. And I got addicted to it. So, I watched everything she shared about it.

And then I was like, okay, let me listen to the song. Because, first of all, it’s a song because before it became a trending audio on TikTok and Instagram. And then I listened to the song and I really loved what it represents. And it’s very groovy and fun.

So, I decided to break it down, like I love doing, and to turn it into a pronunciation tutorial, that not only talks about pronunciation, but also about rhythm. Because the rhythm of the words is definitely aligned and integrated into the rhythm of the song. Right? So it wasn’t like, Oh, let’s write words and then create a melody for it. But it’s something that was working together. Because the words had their own melody and their own rhythm, the choice of words. And then that kind of like created the song, which is really interesting. And you’ll see, because I talk about stressed and unstressed syllables. And it really is just like a stressed or an emphasized beat and unstressed beat in a song in a music.

And there’s definitely a lot of music in a language when we listen to it. And if we choose to not like, just think of the words and the grammar and the vocabulary and all of that, and we just pay attention to it and listen to it differently, just like music – we can reveal a whole new layer of the language, that maybe was not available to us before. Because the brain filters out a lot of information. Definitely everything related to rhythm, stress, right? Because we’re sometimes in this survival mode where we just… we just need to understand it so we know what to say and how to respond properly.

But at the same time, like there are all these other elements and nuances to the language that hearing it makes it so much more interesting. And definitely, later on using it, that creates more versatility and impact when we speak. And at least, the awareness is something that is worthy. Even if you don’t implement it right away. Right? It’s not a must to do it. But I think it’s so interesting to be able to recognize it and to notice it.

And also, you know, sometimes when we listen to colloquial English, or to songs or to dialects that we’re not familiar with, we feel like, “Oh, our English is not good enough, our listening is not good enough. I have to do more work. I have to improve my English.” And a lot of times, it’s just we don’t know how to listen. Right? And this is another reason why I wanted to make this tutorial to show you: Okay, if this is what you’re hearing, here’s what you need to be looking for.

And here are the reductions that make it so hard to understand. And then when you hear it once and twice and three times, all of a sudden, it’s like, “Oh, now I’m noticing it”. And then the next time you hear it, you would know it. And then you’d be able to understand it better. So again, awareness is key.

All right. Are you ready to sing along? I hope so. Let’s go. It’s about damn time.

It’s about damn time’. The song About Damn Time by Lizzo has been trending on TikTok and Instagram recently. The first time I heard it, I was like, Oh, I love the groove, and I love Lizzo. But it took me a hot second to understand the meaning of the words, or even to recognize the words and the phrases that she uses.

So, I wanted to take this time to talk about that part that is trending on TikTok and to offer you a pronunciation tutorial, and even to explain some of the words and phrases that she uses in the song. In general, the song About Damn Time is a song about transformation, and about leaving stress behind, and stepping into joy and fun and starting to love yourself, and to enjoy you and your body. And your English, if English is your second language. I mean, she didn’t say that specifically, but hey, it’s art – we can interpret it the way we want.

All right. Let’s check out Lizzo’s recent Instagram posts, where she shares some of the TikToks that use her song.

To pump me up

And then ‘need a’ connects together, that’s connected speech. The D becomes really light at the end – ‘needa’. Listen, it almost sounds like a ‘r’ sound, like an R sound in some languages, like Spanish or Arabic or Russian. ‘amma needa’. So let’s do it together: ‘In a minute amma needa’.

Notice the rhythm, right, that is very similar in the first phrase and the second phrase: ‘In a minute, amma needa’ – TA-da TA-da – TA-da TA-da, right? That’s the rhythm of the song. And the words have their own rhythm and they fit right into the rhythm. Okay.

‘In a minute amma needa senimenal man or woman’.

‘senimenal men or woman’. So, ‘sentimental’ – notice that we’re dropping the T’s because they appear right after an N. And when the T appears is after an N, it can be dropped in American English. So instead of ‘sentimental’, which is maybe how you perceive the word because of the spelling, we’re actually hearing ‘senimenal’.

‘In a minute amma needa senimenal man uh woman duh pump me up’. Right? So ‘pump me up’. Think about it like inflating air into a balloon that has no air. All right, let’s continue.

‘feeling fussy’. Well, ‘fussy’ has several meanings. So, ‘fussy’ can mean, you know, like paying attention to details, unsatisfied with something. But ‘fussy’ also means unnecessary detail or decoration or accessories, especially when it comes to clothing. And if you watch the video clip, you’ll see that she’s wearing this awesome sequin jumpsuit. So I think that is what she means by ‘fussy’.

But I think it’s also feeling like unhappy or unsettled or, you know, kind of like something’s troubling her. Because again, like this song is about transformation – moving from stress to freedom.

Let’s listen to that part again.

‘feeling fussy walking in my Balenci-ussy’s tryna bring out the fa-bu-lous’.

’cause I give a fuck way too much’.

All right. Are you ready to dance a little? Let’s play it from the beginning. And pay attention to the lyrics and the pronunciation of the song. Are you ready?

‘In a minute amma needa senimenal man uh woman duh pump me up’.

‘feeling fussy walking in my Balenc-ussy’s tryna to bring out the fa-bu-lous’.

’cause I give a fuck way too much’.

‘wanna get up, wanna get down’.

All right. I hope you enjoyed it. If you liked it, please let me know in the comments. And if you have a TikTok with this song, link it in the comments as well, and I promise to check it out.

Thank you so much for being here. If you want to get more resources on how to improve your pronunciation, your fluency, flow, confidence in English, and reach a real transformation, just like Lizzo, check out hadarshemesh.com or come follow me on Instagram at @hadar.accentsway.

Thank you so, so much. And have a beautiful rest of the day. Feel good. And I’ll see you next week in the next video.

Here are the lyrics I analyze in the video:

In a minute I’mma needa
Sentimental man or woman
To pump me up
Feelin fussy
Walking in my Balenci-ussy’s
Tryna bring out
The FA-bu-lous
Cause I give a fuck
Way too much
I’mma need like
Two shots in my cup
Wanna get up
Wanna get down
Mm, that’s how I feel right now

First you can see there are some reductions that are pretty common in spoken English:
I’mma – I’m going to
Tryna – trying to
Wanna – want to

There’s also some interesting rhyming going on. One example of that is Balenci-ussy’s which is Lizzo’s way to rhyme with the word Fussy.
Balenci-ussy’s refers to her Balenciaga shoes.

But there are also some nice phrasal verbs in the video that are good to know: 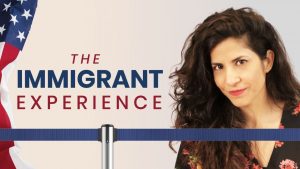 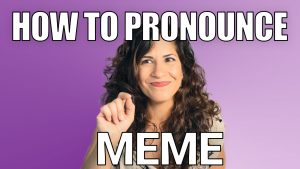 How to Pronounce Meme in American English 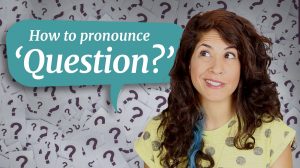 How to pronounce the word QUESTION 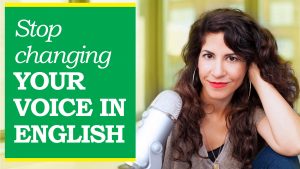 Why do you change your voice in English?