Have you ever gotten the words RECIPE and RECEIPT confused because of the spelling?Or have you ever mispronounced them?
Because they sure don’t sound like the way they’re spelled.

If you’re not really sure…well…
Maybe this video is for you. Watch:
How to pronounce Recipe and Receipt:

Hey guys! It’s Hadar and this is the Accent’s Way.

And today, I want to talk about two words that I used to confuse all the time in my 20s. Especially when I saw them written down, and I had to say them, I used to always say the other word. How great is that when that happens? Huh?

Anyway, so the words are recipe and receipt. Now, they don’t sound the same, but the spelling is kind of similar, and this is why it’s confusing.

So let’s begin with the word: recipe. Recipe, here you begin with an R sound, round your lips, and then the E as in red. ‘RE’.

Now, that’s the primary stress, so this syllable is going to be higher in pitch than the rest. ‘RE-ci-pe’. So it’s RE, s’ Schwa, pee, a P sound and a high E. ‘recipe’. Recipe. “I have this great recipe for vegan chocolate chip cookies. You’ve gotta try it.” ‘recipe’.

And the second syllable, which is the primary stress. ‘re-CEIPT’. As in S, a high E, and a held T at the end. ‘SEET’. ‘re-CEIPT’. A held T is a T that is not really released. I bring the tongue up or I block the air here. ‘receipt’.

And that’s the T! So some of you may say: Hey! You didn’t say a T here, you said ri-SEE. What is this word? And I would say: No, I did say a T. I just didn’t release it. This abrupt stop of air is the T. What can you do?

That’s how it is! Receipt. Okay?

Recipe and receipt. “I just paid you for the recipe.” “Can I get a receipt?”

Okay that’s it! Let me know in the comments below if you got these words confused as well so I don’t feel alone, and if not, tell me what are the words that you are still confusing.

Don’t forget to subscribe to my YouTube channel if you liked it, and come over to my website, check it out! There’s some cool stuff over there. Have a wonderful week, and I’ll see you next week in the next video. Bye!

The InFluency Podcast
131. How to pronounce 'Recipe' vs. 'Receipt' 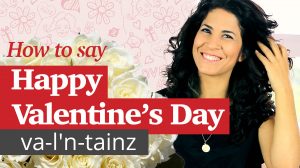 How to say ‘Happy Valentine’s Day’ 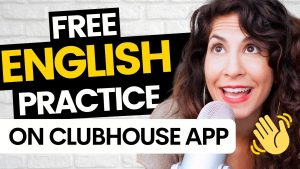 Clubhouse: a New App that will Skyrocket your Communication Skills 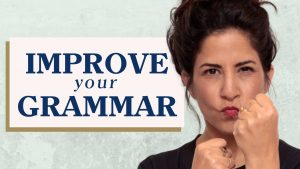 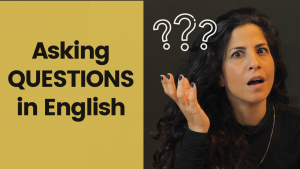